Situated in the heart of Morristown, Headquarters Plaza is home to several Fortune 500 corporations, including renowned law firm Riker, Danzig, Scherer, Hyland & Peretti LLP. The complex is just steps from the Morris County courthouse and the Town Green, and within walking distance of many of Morristown’s historic attractions, restaurants, banks, retail shops, professional offices, and new residential properties.

Headquarters Plaza is poised to undergo a massive renovation of its mall concourse and first floor façade, reinforcing its position as the premiere office park and its commitment to the revitalization of Morristown proper.

Located within the complex is a 256-room Hyatt Regency, offering upscale lodging and modern conference facilities for corporate events, conventions and weddings. Ideal for business and leisure travelers alike, the hotel completed a multi-million dollar capital improvement program in 2022 featuring a redesigned lobby, restaurant, bar, ballrooms and meeting facilities with state-of-the-art audiovisual and telecommunications capabilities. The Hyatt Regency Morristown at Headquarters Plaza is the only flagship luxury hotel in Morris County.

Headquarters also boasts the newly revitalized Pioneer Park, a one-acre oasis at facing Morristown Green. As part of the $3+M improvements our tenants can enjoy a seasonal oasis of perennial beds, outdoor seating, and a stage complete with spotlights flanked by a large synthetic lawn ringed by seating where community events are held.

Morris County, New Jersey's seventh largest county, nestles amid rolling hills, broad valleys and glittering lakes in the center of Northern New Jersey. Until the late 17th century, American Indians of the Lenape tribe were the only inhabitants of this area. In the early 1700s, permanent settlers established Morristown and began to mine the magnetic iron core found nearby. Soon, iron forges and furnaces sprang up throughout the County. The abundant source of munitions and the protection of the surrounding mountains attracted George Washington to the area. Today the County is known as the "Military Capital of the American Revolution." Here General George Washington's Continental Army encamped during two winters of the Revolutionary War. Washington used the Jacob Ford House in Morristown as his Revolutionary Headquarters that terrible winter of 1779-1780, while his troops camped at nearby Jockey Hollow. Other famous Revolutionary figures also made their mark on Morris County. Alexander Hamilton courted Betsy Schuyler here, and Benedict Arnold was court marshaled for misconduct and sentenced to a public reprimand at Dickerson's Tavern, on the Morristown Green.

The American Industrial Revolution featured prominently here with the perfection of the telegraph by Alfred Vail and Samuel Morse at the Vail Homestead Farm on Speedwell Avenue. The Morris Canal, conceived by George Macculloch, was considered to be one of the most accomplished engineering feats of the time. Thomas Nast, a nationally recognized political cartoonist who lived in Morristown, created the Santa Claus character we all know today. By the 1880's, New York City millionaires discovered Morristown and the Gilded Age began.

By the late 1990’s the thriving county was an economic magnet of the periphery of the metropolitan region, a center for large and small corporations and associated residential development.

Today, Morristown, NJ is still the place bringing people, business and organizations together. Morristown offers a great diversity of quality stores and businesses available in a warm, friendly and quaint village setting. The energized downtown is the perfect setting for work, dining, entertainment, special events and of course shopping! 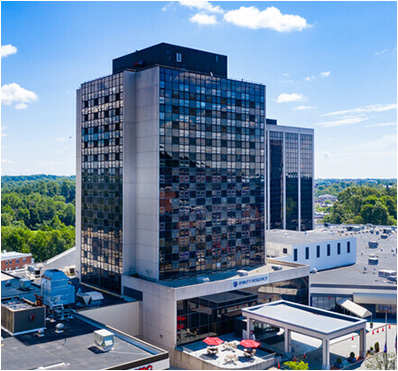